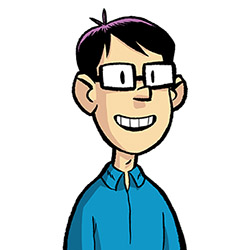 Gene Luen Yang has written and drawn many comics, including the hit Avatar: The Last Airbender series for Dark Horse Comics and Superman for DC Comics. His 2006 graphic novel American Born Chinese was a National Book Award finalist, as well as the winner of the Printz Award and an Eisner Award. He also won the LA Times Book Prize for Boxers & Saints. Gene taught high school Computer Science for a decade and a half. 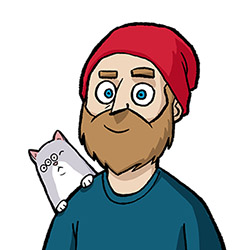 Mike Holmes has drawn for the comics series Bravest Warriors, Adventure Time, and the viral art project Mikenesses. His books include the True Story collection (2011), This American Drive (2009), and Shenanigans. He lives with a cat named Ella, who is his best buddy.[/one_half_last]