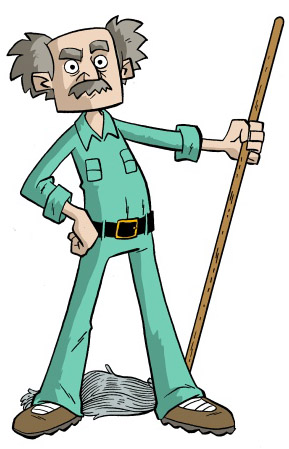 Mr. Bee is Stately Academy’s janitor.  He’s cranky and private and doesn’t like kids.  He also has an army of robot birds and turtles to do his bidding.

When Hopper, Eni, and Josh stumble on Stately Academy’s secret, they put themselves squarely in the cross-hairs of Mr. Bee and his robot minions.  Will the kids be able to break through Mr. Bee’s rough exterior?